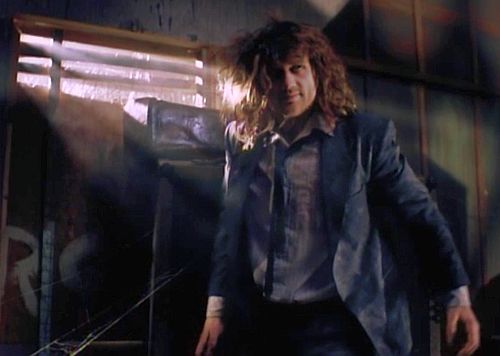 For anyone who knows me, it will come as no surprise that I jumped on the vampire-themed week for GLAHW’s 31 Days of Halloween. And if you don’t know me, hello. My name is Peggy, and vampires are the bees’ knees.

For my movie suggestions this week, I wanted to focus on some lesser-known films or ones that no one really talks about that much. Sure, we all know “Near Dark”, “Lost Boys”, “Nosferatu”, and take your pick on which Dracula interpretation you like best, from Lugosi to Oldman. But let’s take a quick look at some other awesome vampire films out there.

Thirst (2009) After a failed medical experiment, a priest becomes a vampire. Not only does he struggle with what that means for his lifestyle and faith, a young woman encourages him to embrace this new life – and pass the affliction along to her.

Song Kang-ho stars as the priest, Sang-hyun. If you’ve seen “Host” or “Parasite”, you know who I’m talking about. Great actor, fantastic performance. And there’s something about stories with reluctant monsters (due to an accident, attack, whatever) that will be forever entertaining to watch for me. 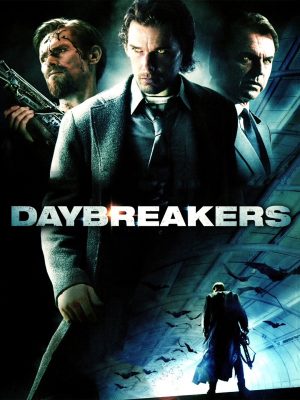 Daybreakers (2009) A plague has transformed nearly all humans into vampires. Now the vamps are facing a food shortage and need to figure out how to ensure the survival of their species. In the meantime, a researcher is working with a covert group of vampires to save the human race.

You know, most movies just focus on one menacing vampire and his/her influence over a small circle of folk. But what would happen if vampirism spread beyond one community to the whole world? What would that mean for humans and vampires? Watch Ethan Hawke, Willem DaFoe, and Sam Neill answer those exact questions. Trust me, you won’t be disappointed. 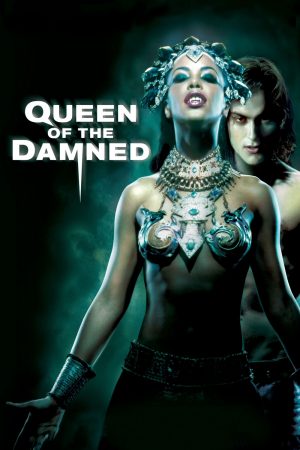 Queen of the Damned (2002) Lestat, awoken from his long slumber by modern-day rock music, decides to front a rock band, daring to break the rules of the vampire world by telling everyone exactly what he is. While vampire kind plans to murder him for this transgression, the queen of all vampires awakens to make Lestat her new king and destroy anyone – human or vampire – who gets in her way.

Yes, this film is flawed in the sense that they tried to cram two books into one film (The Vampire Lestat and Queen of the Damned). There’s too much going on for just one movie so it does fall short in the storytelling and character development departments. HOWEVER, it is a gorgeous film. Alliyah (in her final role) played Akasha with great understated villainy; Stuart Townsend was a fantastic Lestat (hey, I was one of those who thought Cruise was miscast in the first movie but ended up changing my mind after seeing the first film), playing him more as he was written in the books, IMHO. The soundtrack for the film is fucking awesome, too. 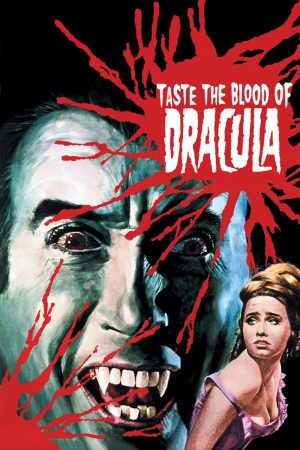 Taste the Blood of Dracula (1970) Three well-to-do gentlemen accidentally resurrect Count Dracula, and kill his servant in the process. Drac gets revenge on them by using the men’s children to kill them.

A sequel to Dracula Has Risen from the Grave, this is one of the few Hammer films that had an R rating (due to nudity and violence). I always enjoyed the idea that Dracula wasn’t just a simple monster. He was loyal to his faithful followers AND so very cruel in his punishments. And let’s not forget the luscious Linda Hayden playing one of the children manipulated into harming her father. 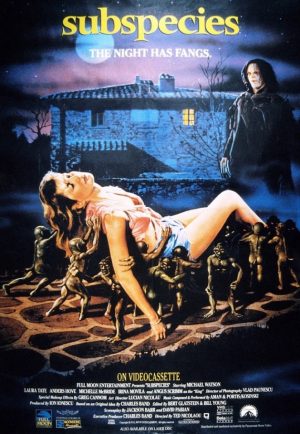 Subspecies (1991) Three nubile college girls get caught in the war between the good and bad vampires, Stefan and Radu.

It’s not a complicated story by any means. Traditional trope stuff, but who doesn’t like a good vs evil tale, right? Radu is a gloriously evil and ugly vamp who sounds like he’s on his third week of laryngitis, and his little demon minions are awesome. The whole series is campy, fun, and just doesn’t take itself so damned seriously. 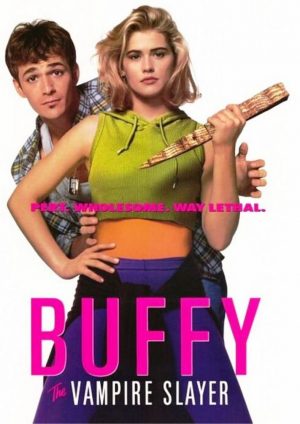 Buffy the Vampire Slayer (1992) Buffy, a typical Valley-girl in Cali, discovers she’s from a long line of vampire slayers. Her watcher, Merrick, has arrived to help train her for a big show-down with the master vampire, Lothos, and hoping she survives and doesn’t fall like so many before her.

This is, like, totally an awesome film. I know the series was very successful, and rightfully so. But let’s not forget where it started. Kristy Swanson brought Buffy to life in the film, a character-filled with strength and wit – even if she didn’t know it right away. The rest of the cast built such a rich world for Buffy to interact with (Luke Perry, David Arquette, Paul Rubens, and Donald Sutherland, and Rutger Hauer for cripes’ sake). All the pieces making a perfect puzzle. Please, PLEASE watch this movie. 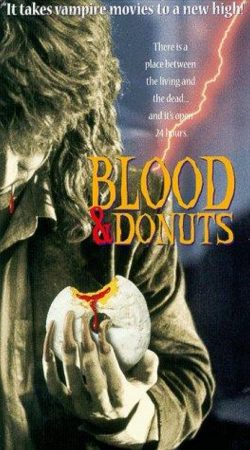 Blood and Donuts (1995) After waking up from a decades-long sleep, vampire Boya re-enters the human world. He makes a new friend, defending him from some dangerous mobsters, and falls in love with a woman who works at a donut shop.

I have no idea why this movie doesn’t get more love. This was the first time I saw Louis Ferreira acting (he played Luis in the Dawn of the Dead remake, among lots of other roles). He plays the unlucky schmuck, Earl, in bad with the local crime boss, who befriends the vampire. Gordon Currie is Boya, a wonderfully ‘fish out of water’ vampire as he tries to adjust to this new decade and falling in love. And let’s not forget David Cronenberg – yes, THAT David Cronenberg – as the villainous mobster. Lots of quirk, kitsch, and 90s nostalgia out of Canada.