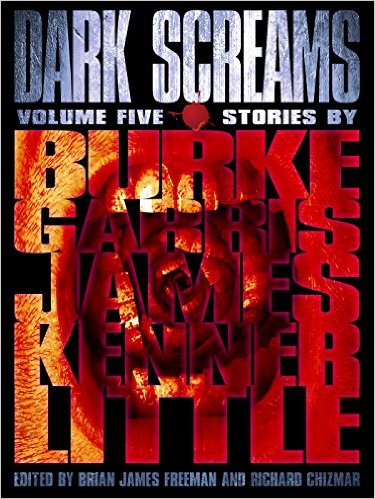 Standard Disclaimer:  I received this book as a free download with the expectation that I would review it.  By doing so I am eligible to receive other titles in this series.

Another solid outing from editing team Freeman and Chizmar.  This time around we have material from five of horror’s best and brightest.

“Everything You Have Always Wanted” by Mick Garris is a morality tale wrapped up in a bloody bit of body horror.  The longest of the stories in the book, it is also one of the most engaging.  The reader jumps right into the world of horror movie fandom and conventions.  Anyone who has ever vended at a Con will relate at least a little.

“The One and Only” by J. Kenner New Orleans, the perfect city for a group to boys to go party, the best spot to see ghosts, and for one young man, it will complete a life long prediction that he would end up in the Big Easy.

“The Land of Sunshine” by Keelan Patrick Burke plunges the reader into a dark, atmospheric world where people avoid the main character.  He is constantly shut out by those he has known his whole life.  A journey, a mysterious box, a mute wife, and a surprisingly touching ending.

“Mechanical Gratitude” by Del James  There is the love between a husband and wife and the love of a many for his car.  Both of these culminate in a shocking act and a tie the lasts forever.  A nicely written story but it loses something at the end.

“The Playhouse” by Bentley Little A creepy story about the perfect playhouse, one so perfect that even adults get pulled in.  The fact that time passes differently for those inside the house as out adds an additional wrinkle.

All together, it is a great compilation of stories.  Some are stronger than others, but they are well written, well executed examples of modern horror.