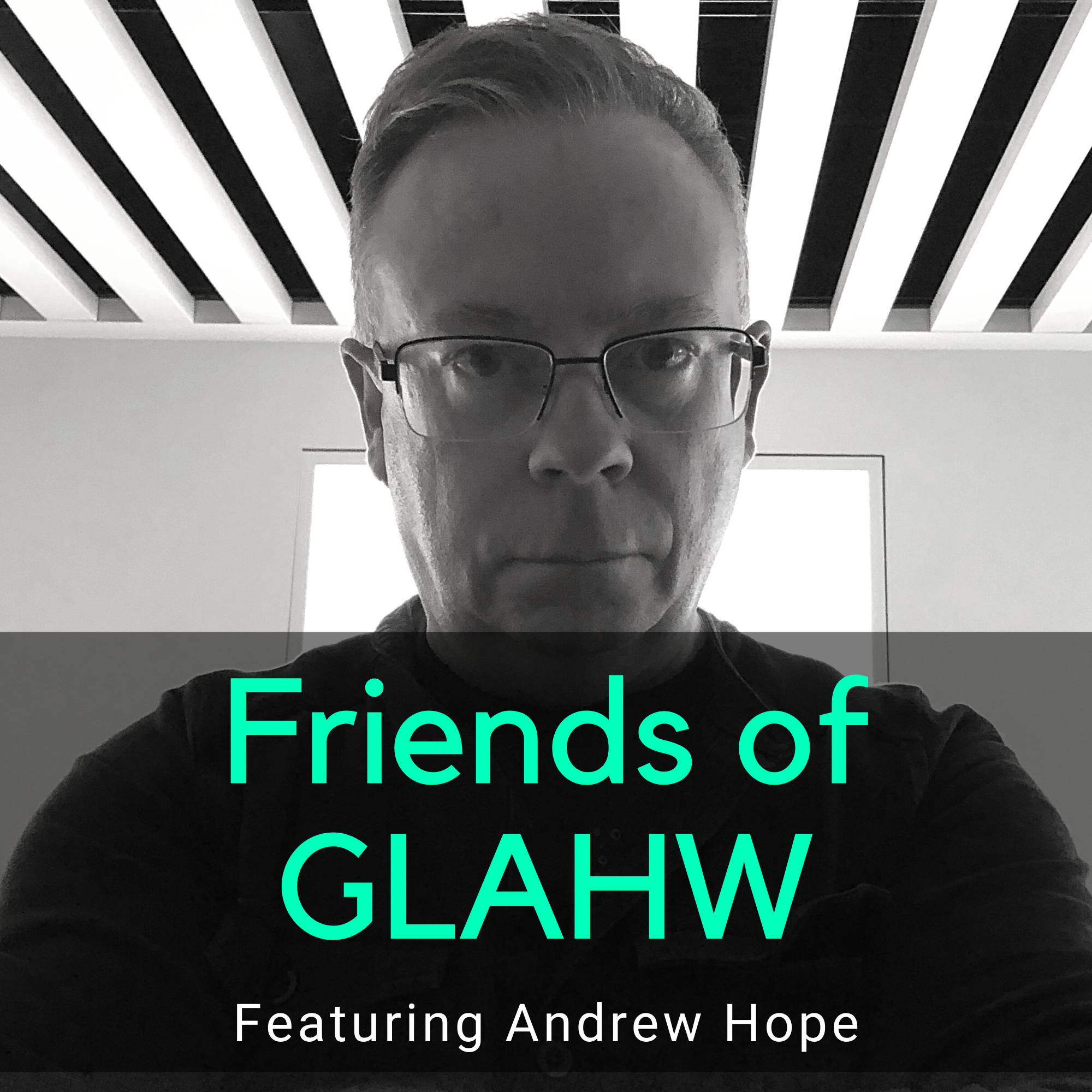 We here at GLAHW have met so many amazing and talented people out in the big wide world (you know, OFF the internets) and thought it was high-time we introduced them to you. Who knows? You may end up discovering a favorite new artist, photographer, writer, or all-around awesome human. This time around, we will be talking to Andrew Hope..

I’ve been writing for about as long as I can remember – so a really long time! Like Clive Barker, I made the effort to write “seriously” after reading Kirby McCauley’s magnificent Dark Forces nthology.

After being exposed to Friday night horror movies (mostly Hammer), on STV in Scotland where I grew up, and horror double bills on BBC 2 on Saturday nights, the usually opened with a Universal pic. And maybe that time my Dad snuck me into see The Exorcist when I was about 5 at The Odeon in Glasgow had something to do with it.

My 2nd year English teacher in Colston Secondary school in the north of Glasgow. When I was about 12, and turning all of his creative writing assignments into entire notebooks, he gave me a copy of HP Lovecraft’s The Case Of Charles Dexter Ward. I became a Lovecraft fan immediately, and remain so to this day/

I find that term demeaning, so I won’t answer that question. There is no prescribed way of writing a book, despite what people say.

I don’t believe in anything supernatural, but here’s one anecdote. From 1996 – 1999, we lived in an early 20th century mansion in Davenport, Iowa. One night while I was putting the towels away in the second floor linen closet, the corner of my eye caught what appeared to be a wee black object zipping out of the bathroom, past my legs. When I looked around, there was – of course – nothing there. Being a long time comics fan, my mind, trying to make sense of it, latched onto the image of Zirk, from the Warrior strip Axel Pressbutton and Laser Eraser.

Not at all. Anecdotal evidence is not evidence, and I’ve never experienced anything to make me superstitious.

I have been a CFO for around 10 years, and in the accounting field for around 30, since college.

I don’t, but I add notes to my OneDrive ideas folder, when I come up with concepts for stories, characters, plot elements, etc.

I’ve written in all the major disciplines – they’re all so different, I get equal enjoyment from them all

Human things – death, disability, losing loved ones. I suppose it all goes back to seeing death as an existential, end-of-the-self crisis.

Reading, writing, art – I just finished a pencil recreation of a magnificent Dan DeCarlo Betty & Veronica cover. I also like movies and watching football & soccer. I’m a big fan of the Iowa Hawkeyes, and my first love, Glasgow Rangers

I just finished a Stephen King kick on Audible, but I mostly listen to non-fiction. I’ll listen to fiction if it’s recommended to me by someone I know and respect. Sometimes it doesn’t work out, but sometimes it results in me discovering a writer like Nathan Ballingrud, whose prose is genuinely beautiful to read.

Horror, that’s it. What I’m drawn to create is stories for mature adults that resemble an updated Twilight Zone.

No – I’ve never really understood that.

In general, keep me wondering what’s going to happen next. If I care about a character, and the situation interests me, I want to find out more and more. Personally, I like bad things to happen to good people in my work. That element in horror is what works for me best, and interests me most of all as a writer in the genre.

First one I can think of is an astronaut, which was pretty common for a kid growing up in the 70s. Then I wanted to be a comic book artist, then a writer. I accomplished the latter two in the late 80s with work published by Trident Comics, drawing The Shadowmen for Mark Millar, and writing Falling Angel for the incomparable Paul Grist.

I like most of the MCU movies – I’ve been a Marvel boy since I was about 4, and when I wrote for Marvel (Fantomex Max), it was the most sensational feeling in the world to have lengthy calls with Axel Alonso, Marvel’s Editor-in-chef at the time. I’m a nut for the Andy Griffith Show, for reasons that will be clear in 2023. I like kicking back on the couch after a hard day at work, but I fall sleep too quickly these days. Still, what’s better than that?

HEAL THYSELF, my 3 story anthology of time-travel horror, is on sale globally on Amazon.