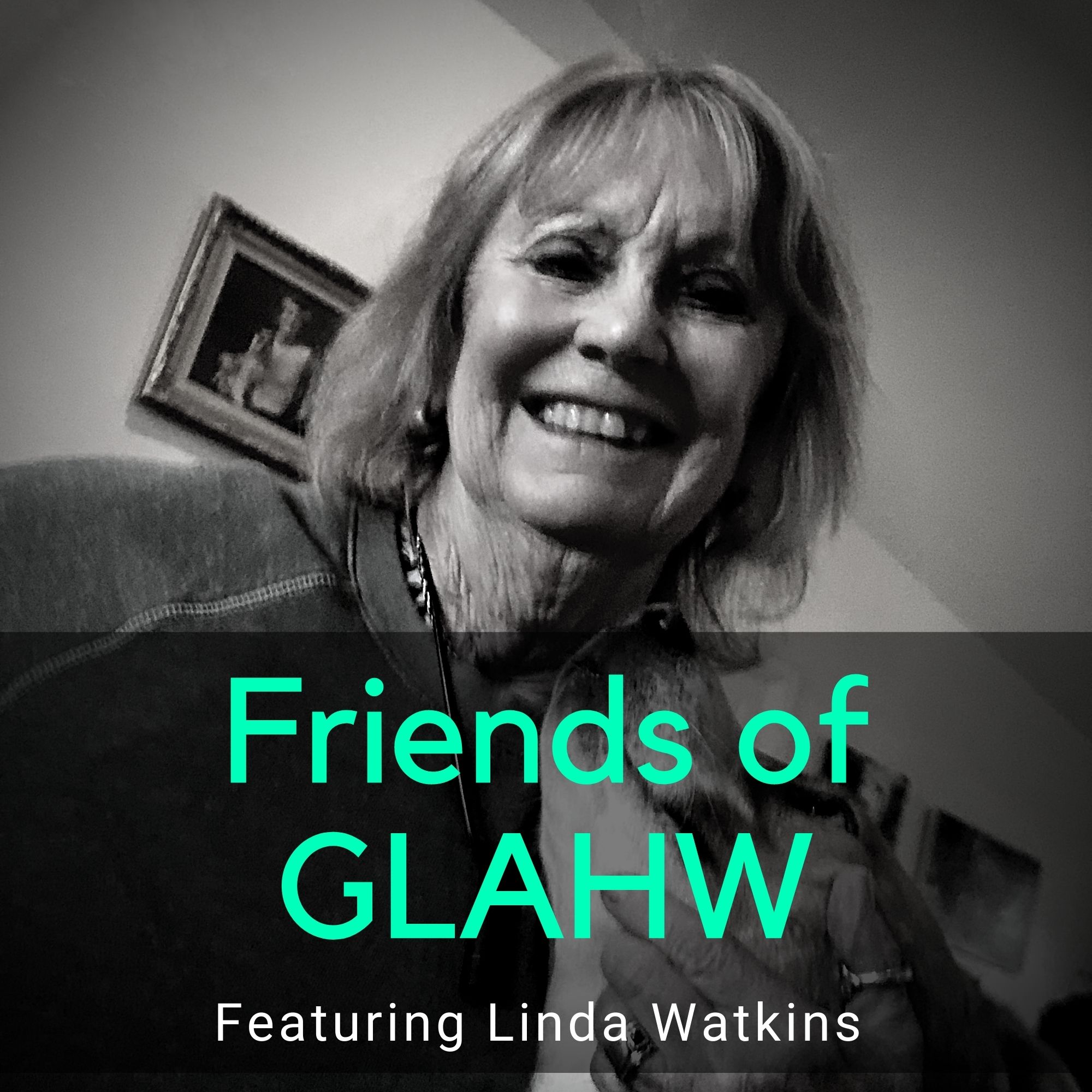 We here at GLAHW have met so many amazing and talented people out in the big wide world (you know, OFF the internets) and thought it was high-time we introduced them to you. Who knows? You may end up discovering a favorite new artist, photographer, writer, or all-around awesome human. This time around, we will be talking to Linda Watkins.

Linda:  I started writing seriously around 2011. Previously, I’d written poems and songs, but in 2011 I decided to try writing a novel. The result was my first book, Mateguas Island, published in 2014.

Linda:  Horror/Suspense is what I like to read. I’ve always been a big fan of Stephen King and Dean Koontz and, when I decided to translate one of the stories running around in my brain to print, it had to be horror!

Linda: You might say the invention of the iPad inspired me! I lived on an island off the coast of Maine with access only by boat. So, I spent a lot of time riding the ferry and writing on the iPad was easy and convenient. I also have had two back surgeries and sitting at the computer for long periods of time was out of the question. But with the iPad, I could write anywhere!

Linda:. Definitely a pantser. I write in my head, then vomit out the first draft of a new novel on the computer. I don’t outline or do anything like that. It’s all in my head. The second draft is where the real work begins.

Linda:. Yes. When I lived in Muskegon, Michigan (I move around a lot), I believe there was a ghost or presence in the house I’d purchased. One of the spare toilets would flush on its own and the doorbell would ring when no one was there. Also, there was an oven timer that would go off intermittently without being set. The house was built in the 1920s and I knew nothing of its history and, at that time, didn’t try to find out. I only lived there for three years before moving to Sedona. Maybe someday I’ll investigate it’s history and write a little novel about it.

Linda: Not really. I’m a pretty down to earth person. I’ve had psychic experiences, but I wouldn’t say I was superstitious.

Linda: I’ a retired financial analyst from Stanford University Medical Center. Outside of writing, I’m now involved in local animal rescue and I volunteer at the humane society walking dogs.

Linda:  Nope. Never have, never will.

Linda: Novels or novellas. I’m not really good at the shorter stuff.

Linda:  Covid-19? The thought of being incapacitated. I worry about what would happen to my dogs.

Linda:  Dogs. I have 2 rescue pups and, as I mentioned above, I help out with animal rescues in the area.

Linda:  I don’t really veer away from the broader Horror genre. Within it, I like suspense, psychological suspense, thrillers, and gothic best. I get a lot of great books every year as a member of the Horror Writers Association in consideration for a Bram Stoker Award. With all I get to read from them, there’s not much time for any other genres.

Linda: Characters. I spend a lot of time on character development. Without good characters the plot, even if it’s a great one, will fall flat.

Linda: I wanted to be a singer or a veterinarian.

Linda:  Not really. I’ve only had one what you might call spiritual experience in my life. It happened when my dog, Gabriella, died. She passed at the vet’s and I was not with her when it happened. She’s the only dog I’ve had that I didn’t hold as she/he passed. This was hard on me. About a week later, I was watching television when, without warning, all my other pups began barking and pointing their noses to the ceiling. Since I was living in the SF Bay Area at the time, my first thought was earthquake. So, as I braced myself for a tremor, suddenly, an amazing sense of peace passed through my body. I knew then that it was Gaby coming back to let me know it was okay that wasn’t with her when she died. After that, I was able to move on. Nothing like this has ever happened again.

Linda: In my writing? Stephen King, of course. His characters always leap off the page.

Linda:  An anthology, Tales of the Lost, edited by Eugene Johnson and Steve Dillon.

Linda: I’m a huge dog lover. I donate my time and money to help dogs all over the country. I’m also a wine lover –  red only! I start my days off early am, promoting my work, then walk the dogs, then start writing. Afternoons, I again walk the dogs and then have a glass of wine. Since Covid-19, I stay home most of the time. I look forward to the day when we can be free of this dreadful virus. I also like to dance! Favorite dance songs: Dancing Queen by Abba, Girls Just Want To Have Fun by Cyndi Lauper, and Last Dance by Donna Summer.