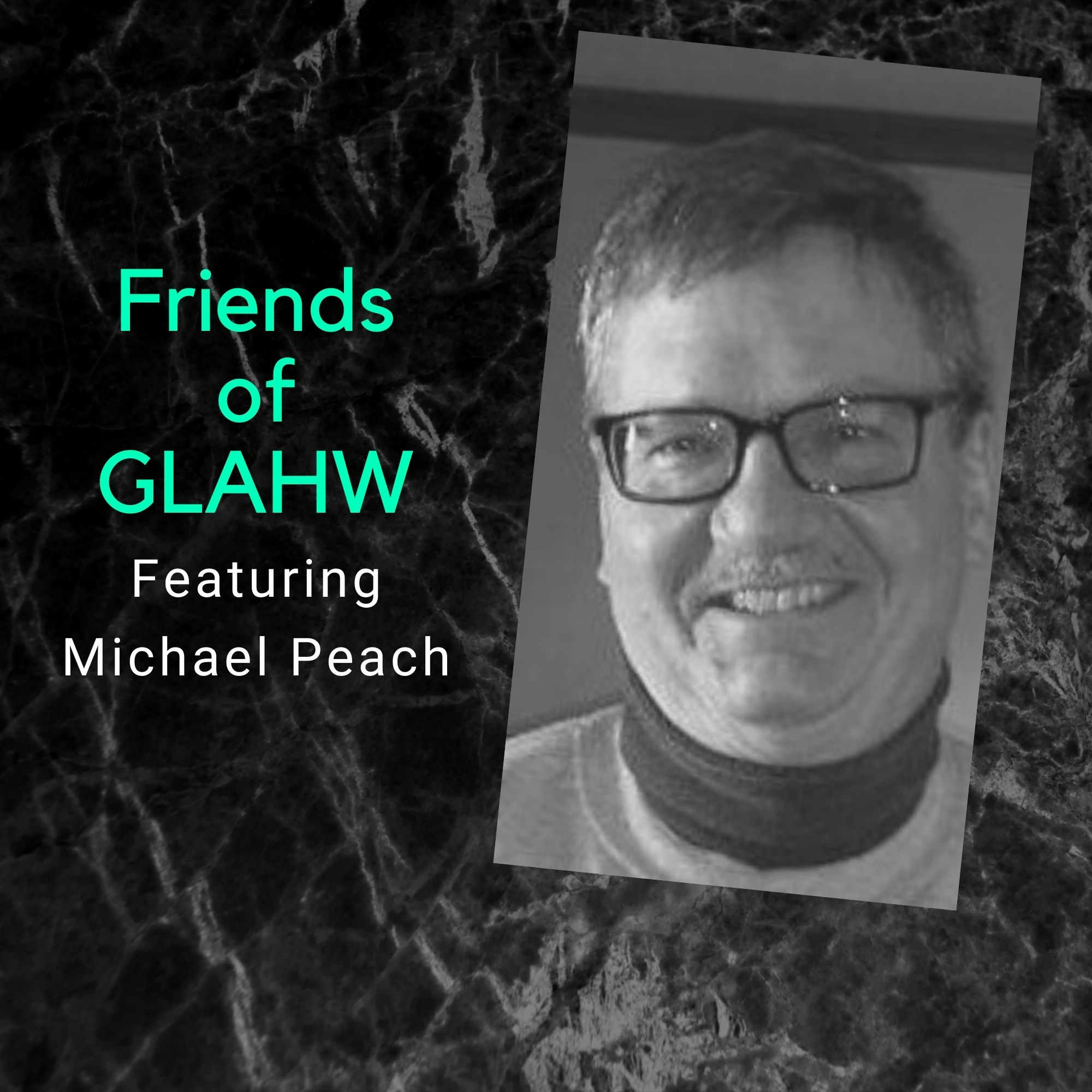 We here at GLAHW have met so many amazing and talented people out in the big wide world (you know, OFF the internets) and thought it was high-time we introduced them to you. Who knows? You may end up discovering a favorite new artist, photographer, writer, or all-around awesome human. This time around, we will be talking to Michael K. Peach.

GLAHW: How long have you been writing?

Thirty-five or forty years. When did you get started? Soon after graduating from college I would write as time permitted. I got married, had kids, and worked full-time so time to write was scarce for many years.

In 2013, two of my adult daughters challenged me to get serious about submitting my work for publication. Previously I would submit something, get rejected, and then not submit for a year or two or three because I hate rejection.  They mentioned Ray Bradbury as a writer who had many rejections early in his career so I basically had to suck it up and get over myself. The deal was to keep submitting until I had at least 100 rejections. By then, if I still had no publications, I could quit submitting. It took six months and about a dozen submissions to get a paid gig for a humorous essay called The Open Road as Receptacle in a now defunct online market called Punchnel’s. It was only a token payment but when I got the acceptance email I literally wept with relief and joy.

Pantser except when I write plays.

No,…well, maybe…when I was a child playing in a vacant lot across from our house. Perhaps I’ll make that encounter into a story someday…

No. I was never able to make that particular leap of faith in terms of horseshoes, ladders, broken mirrors, the number 13, etc.

Before retiring I was a bureaucrat with the Michigan Dept. of Health and Human Services for 18 years. Among many other jobs I’ve been a teacher, dishwasher, janitor, and workforce development professional.

Lately I’ve been writing a lot of poetry but I also like writing short stories, essays, plays, and novels.

Baking. I’m making Egg Harbor Bread (Amish loaf) as I write this then later today, I will make Cheesecake Supreme. Hiking and camping, fishing and hunting. Reading and collecting books.

GLAHW: Do you read outside of the horror genre?  If so, what else have you read?

Yes, I enjoy reading a wide variety of literature including novels, plays, poetry, anthologies of essays and short stories, and non-fiction (mostly History).

When an alchemy of character, dialogue, plot, ideas, emotions, and language results in something magical and memorable, something that touches your heart or wrenches your gut.

A baseball player. By high school it was apparent the Major Leagues (hell, not even the Minor Leagues) were in the cards and I turned towards being a writer.

Yes, I am a Christian.

Consider here your likes and dislikes, your interests, your favorite ways to unwind — whatever comes to mind. I love watching movies and documentaries. I am a rural person, not an urbanite. I like bicycling. Although I stay informed and vote in almost every local, state, and federal election, I’m finding with each passing year I’m more cynical and disliking most politics and politicians. I am introverted, a family man, and a homebody.