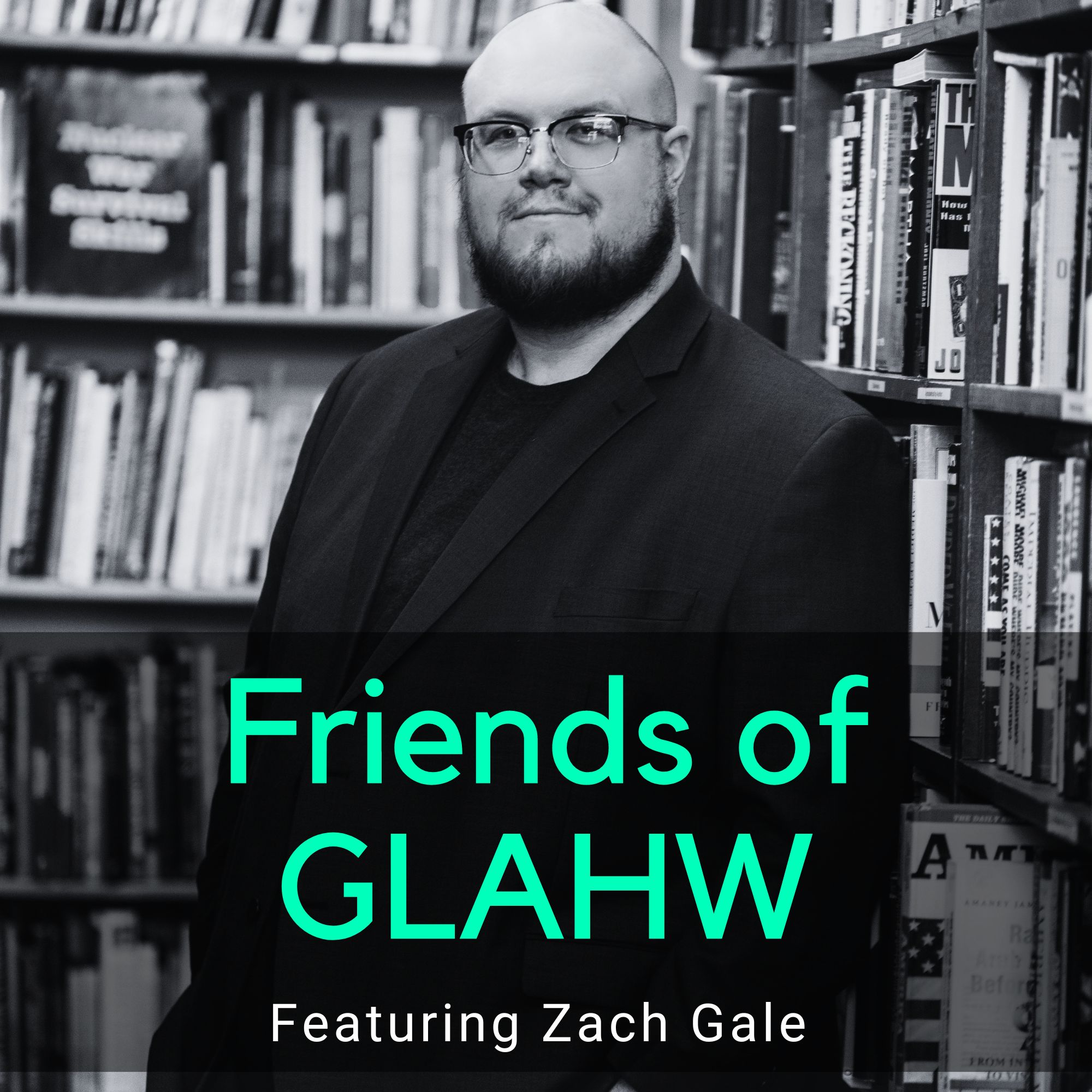 We here at GLAHW have met so many amazing and talented people out in the big wide world (you know, OFF the internets) and thought it was high-time we introduced them to you. Who knows? You may end up discovering a favorite new artist, photographer, writer, or all-around awesome human. This time around, we will be talking to Zachary Gale.

I’ve been writing for well over 20 years, but only started a more serious attempt in the last 5 years.

Horror has always been my favorite genre. I have a lot of fond memories of having scary movie days with my mom, and she just instilled that love of all things spooky in me.

There were a lot of things that inspired me. Movies, R.L. Stine (I was a Goosebumps kid. Still have them all.), Stephen King. The pandemic and the loss of my mom really pushed me though. I had to get the grief and emotions out, and writing (and therapy) helped a lot.

Yes? I usually have some big plot points decided, but then flow between those points.

I have memories of a ghost in a house I once lived in, and of seeing a UFO, but the latter may have been a dream.

Kind of. There’s definitely somethings that as soon as they happen there’s that pit that forms in my stomach, but I’m not sure that it is an intentional supernatural occurrence causing bad luck.

I work in insurance, helping agent’s with technical support.

Probably should, but I do not

Short stories and flash fiction are mostly my wheelhouse. I do attempt scripts from time to time, but usually for D&D.

The biggest one has been Dungeons and Dragons of late. I run a campaign with a friend, play in a live stream campaign on Twitch (Atlaran Adventuring Company), and play in a few others. Painting miniatures for D&D has been something my wife and I have started doing together, and it has been really chill and enjoyable.

I do, though it isn’t always as exciting. Comics, graphic novels, philosophy, theoretical science, some classic novels and poetry.

Horror, 100%, usually with twists or some humor added in.

Zachary Gale is my pseudonym. It’s my first and middle names.

This is a tough one. It’s a bit subjective, but the most important thing in my writing is honesty. I have to be honest and true to the characters and the world. Sometimes I grow attached to a character, and I know I’ve planned something bad to happen to them and it makes me want to change course, but I can’t because I know it’ll be a disservice and a lie. Other times when I get into a flowstate, a character will do something that surprises me and it develops them in new and surprising ways I hadn’t anticipated. To change that because of my original vision too feels like a lie. If you lie on the page, it doesn’t matter how well paced or developed the story or characters are; it is still a lie and therefore not the best work you can put out.

Like many kids, a lot of things. Astronaut and paleontologist were big ones, musician and teacher as I got older.

I’m not religious and I’m not sure I’d say I’m spiritual. I definitely believe that there are things out there we cannot explain yet, things that are myths and legends across many cultures for a reason.

Life, my wife’s knack for coming up with the odd idea or two, things that seem just left of center, reading to help me develop and learn or get inspired. Stephen King, Kristopher Triana, Joe Hill, Nick Cutter, Scott Snyder, Alan Moore, Neil Gaiman, Mike Flanagan, Nia DeCosta, Scott Derrickson, Leigh Janik, Ari Aster, Jordan Peele, all of them have influenced me in profound ways and changed how I approach writing and developed my style.

Currently I am reading Growing Dark by Kristopher Triana and The Only Good Indians by Stephen Graham Jones.

Currently I’m in editing for my debut short fiction collection, Some Empty Houses Might Really Be Haunted. It has been a new and exciting/nervewracking process. It should come out in October of 2022!