Let Me Out I’ve Had Enough 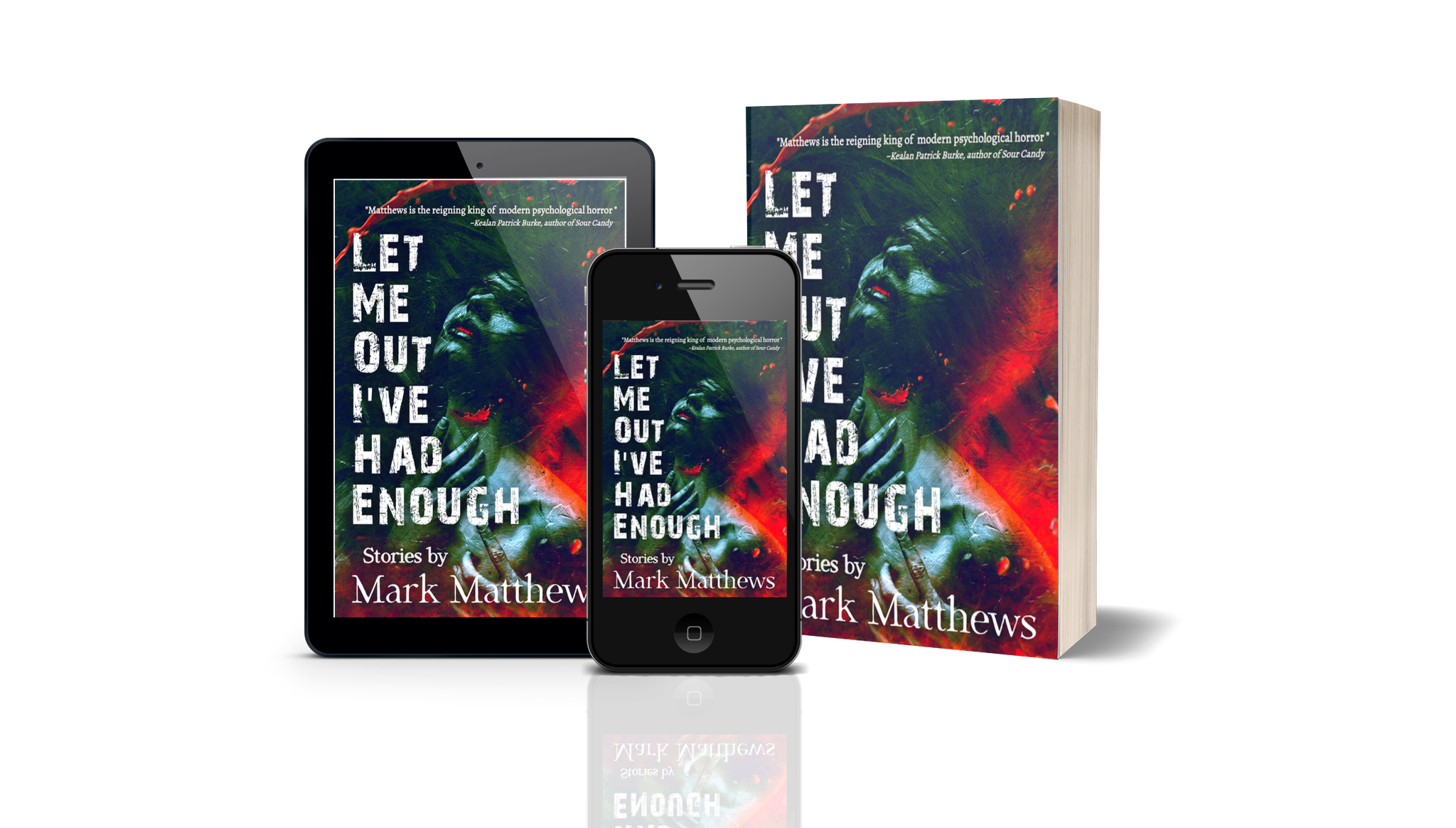 Grief, depression, loneliness, suicide—these are true monsters who live under our bed. Prepare to be taken by the hand to explore the darkest of human emotions and fears. Stories about those of us who have had too much and cry out desperately for help, begging for relief, asking of anyone who might listen—Let Me Out I’ve Had Enough.

The first collection of shorts from Mark Matthews, the author of novels such as Milk-Blood, The Hobgoblin of Little Minds, and the Shirley Jackson Award Nominated editor of Lullabies for Suffering.

Stories range from the most basic horrors to the most cosmic—A father dangling from a noose after an attempted hanging gone wrong. A psychiatrist haunted by the spirits of his dead ex-patients. An alien woman must contract a virus to save the human race, and a father must sacrifice his life to do the same. You’ll visit eight different worlds, created by the ‘master of modern psychological horror,’ and after you’ve returned to where you began, you’ll arrive completely safe, but certainly not the same.

The paperback is now available for $9,99 Kindle coming one week from today, preorder now for $3.99.